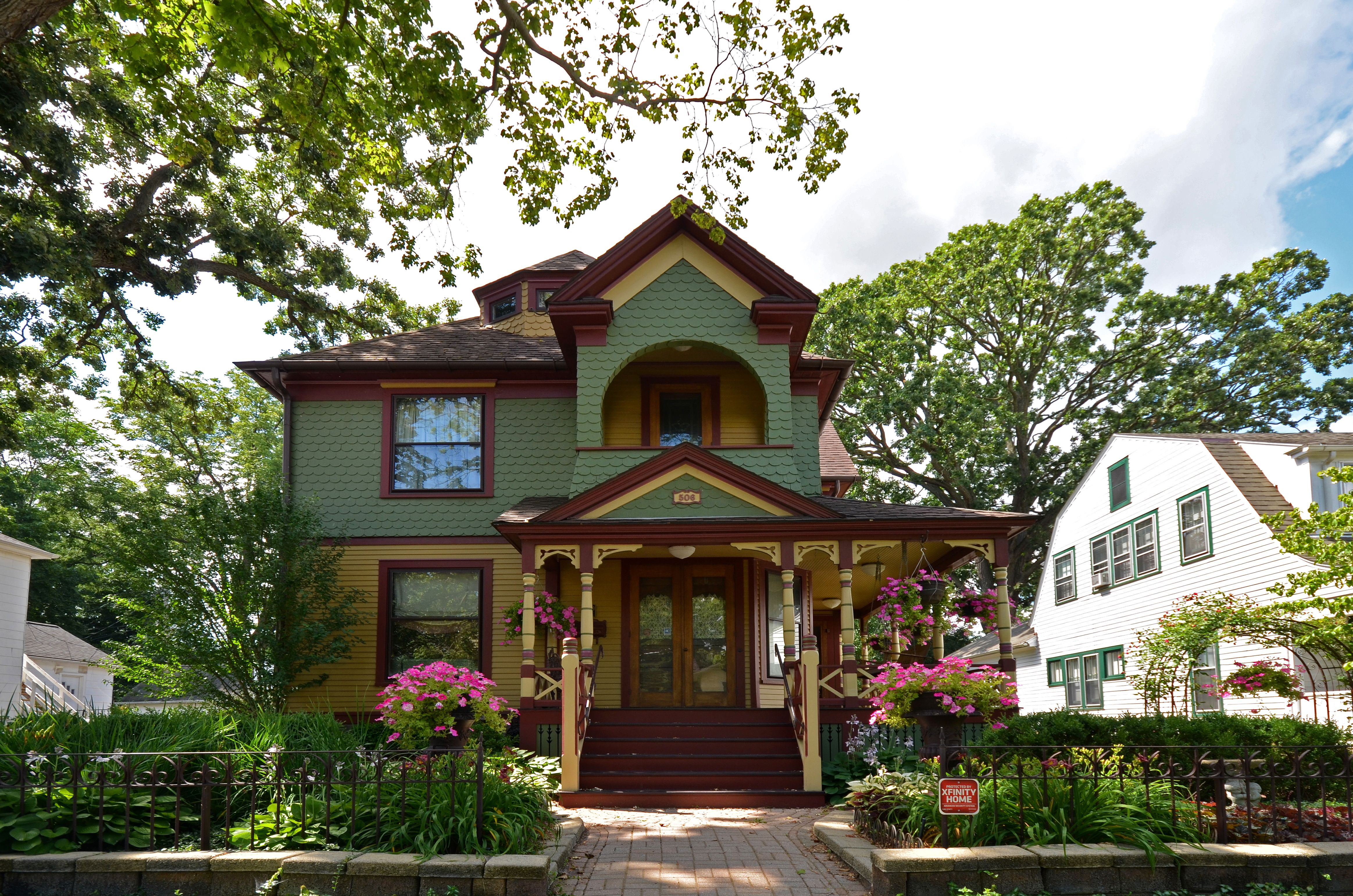 Eberwhite is perhaps the most cohesive elementary school area in the city. Located on the former property of Eber White, an early settler who helped fugitive slaves escape to Canada, this neighborhood has a mix of homes of different eras, all within a few blocks of Eberwhite Woods, one of the city’s most beautiful, secluded natural areas.

The school and its grounds were carved out of the southeast corner of the oak-hickory woods in 1950, adjoining a neighborhood of broad, hilly, tree-lined streets and predominantly two-story homes built between the two world wars.

In the 1960s subdivisions wrapped around the south and west edges, but the woods have remained safe from development, nurtured by a school-based stewardship group. They have walking trails, a profusion of spring wildflowers, and three ponds, one of which lies in a natural amphitheater and is the site of cacophonous early-spring concerts by frenzied spring peepers.

North of Liberty, the Virginia Park area has many two-family duplexes and Cape Cods. Behind the strip of fast-food joints along Stadium is a mixed neighborhood of small homes and apartments. South of Pauline, 1950s- and 1960s-era neighborhoods stretch toward Stadium, where apartment and condominium complexes rise along the neighborhood’s southern boundary.

Eberwhite graduates all go to Slauson Middle School and to Pioneer High, both within walking distance.